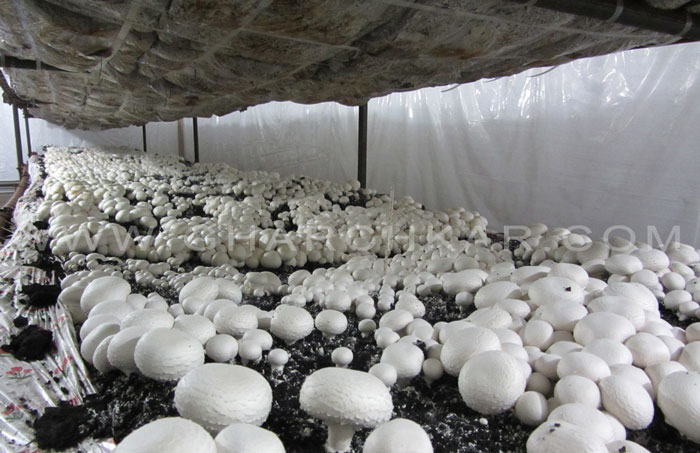 One of the most important factors that should be paid attention to is the salon height. Considering the fact that “highest temperature variation in mushroom production salon must not exceed 1o C “ and temperature must decrease according to height, controlling temperature and keeping it constant in every part of salons having over 4.5m height would be extremely difficult and therefore not recommended at all.

Mushroom production may take place in places with rooms like an obsolete house. This act can be problematic, because air located at a part of salon cannot travel easily between rooms and Air Circulation (which is necessary) will be in danger.

In general, mushroom production salons can be made in different ways, however the most widely used shape in Iran is rectangular cube with these dimensions; length 18,width 6 and height 4.5.In addition this salon have capacity of 22 ton compost in 5 layers.

Air handling systems used is mushroom production salons must have special parameters and specifications which Isfahan Air handling Company is qualified for them and has required technology and years of experience to produce them.

Generally the only way of shocking is creating chill:

It is generated in summer by Chiller and in winter Air-washer air handling unit made by this company alone. Now It’s time for reducing temperature. For shocking we should decrease temperature to 16-17 C. This should take place gradually in 2 days, meaning at the end of the first day to 20 and at the end of the second day to 16  .Our measure for temperature is the temperature inside compost , because the temperature of environment can be much lower than compost itself. This temperature(16 ) should remain for 30 to 40 hours. Then we should raise temperature to 18-19  .At the beginning of lowering temp. we can realize the thickening of mildew and its color constantly turning whiter. Increasing temperature is done because the growth of mushrooms are low in cold environment, and if we keep temperature on 16  ,we lose time therefore not being able to harvest the intended amount in a 2 month period.

Mushroom pins will appear after shocking and gradually convert into  small buttons. Air circulation is very important is this step. Fresh air in all steps will help growth. Mushrooms are extraordinary plants that instead of making oxygen, produce carbon-dioxide and conserve oxygen like humans, therefore, ventilation is very important due to their oxygen need.

One week time is required from shocking to first harvest of mushrooms. In these period salon humidity should be kept between 70%-80%.This company air-washer air handling system are innovative designed in addition to having Air washer system (which consists of fasteners and water sprinklers), has atomizer system that is able to maintain wanted relative humidity in a short time and spread humidity equally in salon in form of fog.

Atomizer system also has the advantage of chilling salon according to climate especially dry provinces, this advantage cause less use of chiller itself.

Heating of mushroom salons can supplied by air handling devices used for chilling the salon, In this case Coil rows are added and there will be need of a steam boiler or central warm water. 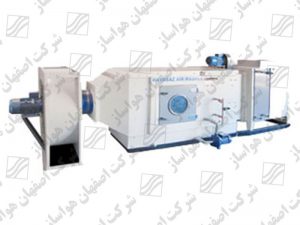 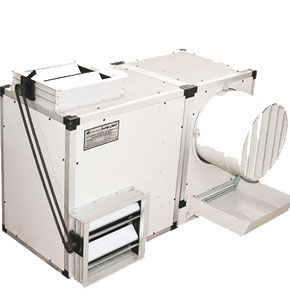 2.     Fully made of galvanized steel

Humidifier systems flow air with moisture and chill environment for mushroom production salons. They are available in different capacities according to area of salon.

These dampers are installed at the end of salon for CO2 exhaust. Opening and closing mechanism is based on amount of fresh air positive pressure.